There was a lot to do, but Adam Starling was in no mood to work. He had not stayed long at his company's bivouac but instead had wandered, pack, musket, and all. His mind was still grappling with the day's events.

In the dark, it was not easy to see. His aimless trudging shortly caused him to trip over something on the ground and he stumbled almost drunkenly. Whatever he'd tripped on made no sound so at least it was not another soldier. But there were voices not far ahead in the darkness. Voices raised in anger.

Starling couldn't help it. His sour mood could possibly be lightened by the knowledge that somebody else was getting it worse. He recovered his balance and crept closer. The voices were coming from a tent, by the look of it. An officer's tent. The Vermonter smirked to himself. Now wasn't that interesting...

Angry was not a strong enough word to describe Henry Trevor at that moment. Furious was a much better fit. He had been in a simmering bad temper ever since the last shots had been fired that afternoon, but now that passive irritation had erupted into outright fury.

"Absolute disregard for discipline!" He was in full wind, unable to contain himself. Captain Blackwood had finally made his report, explaining his actions during the battle. It had tipped Trevor's mood firmly. He could not believe one of his officers should show such a disastrous lack of judgment. While he could almost understand that there might have been confusion when the order to charge had been passed, he could not fathom how Blackwood had failed utterly to reform his company before they had been overrun.

"What in heaven's name were you thinking of, man? Carrying on that ridiculous advance, right into waiting cavalry sabres! My God I have never before seen such stupidity!" 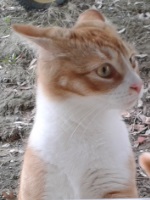